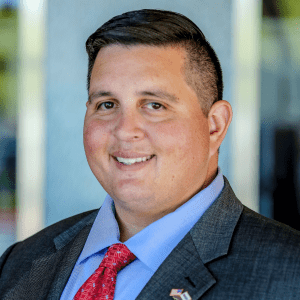 Mr. Bradshaw is also an adjunct professor of securities regulation at the USC Gould School of Law, California, teaching on Monday nights.

Mr. Bradshaw began his legal career in the New York office of one of the largest law firms in New York City where he assisted in the representation of a variety of bank clients such as Citigroup, HSBC, Royal Bank of Scotland, Credit Suisse, JPMorgan, and WestLB AG. Later he managed the legal affairs of and was mentored extensively by outside counsel at an international mining company with public and private entities in Latin America, Africa, the United States, Canada, and the Caribbean.

Mr. Bradshaw and his experienced legal team provide ongoing corporate counsel to small and mid-sized issuers as well as private companies looking to raise capital or go public on the national stock exchange, such as NASDAQ and NYSE, as well as over-the-counter markets, such as the OTCBB, OTCQB, OTCQX, and the OTCPink Marketplace. Mr. Bradshaw also represents companies who are subject to investigation by the Securities and Exchange Commission, ensuring that they are compliant with all pertinent federal securities regulations.

Represented and assisted an iPhone application developer in raising capital through the private placement of securities;

Assisted a video game developer in closing a major deal with Sony Playstation;

Represented a seller in the sale of a dry cleaning chain to another competing chain;

Created spin-off transactions for multiple mining projects in South America and Africa for the purpose of being acquired via stock purchase, asset purchase, or joint ventures with international public and private companies;

Represented a buyer in a $25 million acquisition of a public company in an assets-for-stock swap;

Represented a seller in a $40 million hybrid sale to a Canadian public company whereby the seller retained an option to repurchase 49% of the new entity;

Represented a seller in a $27.5 million asset sale to a Canadian private company;

Represented a seller in the $1.5 million sale of intellectual property by an automotive supplier to a large-scale rust-belt distributor and manufacturer of automotive parts;

Represented a selling shareholder in an $8.5 million stock sale in a closely-held company through a multi-step private transaction;

Represented a buyer in a large-scale automotive industry asset purchase;

Represented a seller in a $16 million stock sale of HMO;

Represented multiple defendant shareholders in Lyondell Shareholder Clawback State Law Action I, whereby the litigation trustee of the bankrupt Lyondell Chemical Corp. sought to claw back $5.6 billion of the $12.5 billion paid out during the 2007 Lyondell leveraged buyout transaction;

Created and maintained dozens of legal entities in strategic jurisdictions such as Delaware, Nevada, Barbados, Cayman Islands, Panama, Switzerland, and other jurisdictions for such purposes as taxation, intellectual property protection, and merger & acquisition planning, etc.;

Represented a board member of one of the world’s largest copper mining and smelting companies;

Assisted in the representation of Empresa de Energía de Bogotá S.A. E.S.P. and its subsidiary Transportadora de Gas del Interior S.A. E.S.P. in a $1.5 billion financing round for its acquisition of the assets of Empresa Colombiana de Gas (Ecogas), a state-owned natural gas pipeline company recently privatized by the government of Colombia, arranged by ABN AMRO Bank, N.V.;

UCLA School of Law, Master of Laws in Business Taxation

Brigham Young University, Bachelor of Arts in History with Honor

Mr. Bradshaw is professionally fluent in Spanish and has lived in Venezuela, Guatemala, Colombia, and Mexico City for over three years. Mr. Bradshaw has sung first tenor in the Grand Chorus of the Millennial Choirs and Orchestras since 2012. Obviously, he enjoys long walks on the beach. He is also an active member of the OC Spearos, a spearfishing club in Orange County, California.